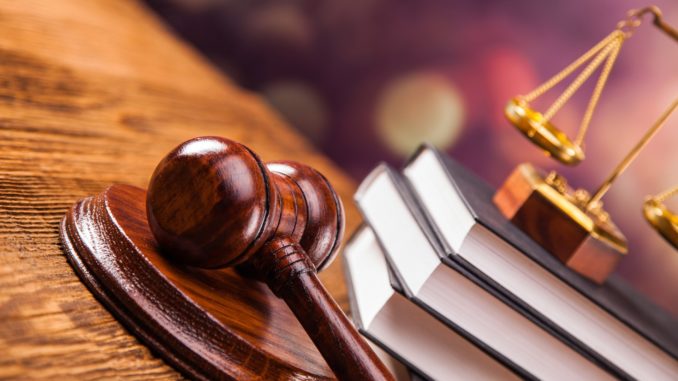 Lawyer John E Deaton commented on the remark of an SEC employee to their lawyers.

Lawyer John E Deaton on Twitter commented on the remark of the SEC employee to their lawyers. The note itself read:

The SEC denied @Grayscale‘s application for a bitcoin ETF, refusing to allow the Emperor to sell his new clothes in a trunk show. I worked at the SEC for 18 yrs, the last 11 as Chief of the SEC Office of Internet Enforcement. Here’s my take on why the SEC’s denial was spot-on. Sounds like he should not have gone to those meetings. Some SEC lawyers are way too cozy with their old law firms, especially those who leave their firm for the SEC and then return. It’s nauseating. But most SEC staffers are hard working, 100% independent and not for sale.

John E Deaton wrote in response to this:

@JohnReedStark come on man, you worked for the SEC for 18 years and you believe in the SEC. You can do better than make a comment that Hinman was too cozy w/ his old law firm. It minimizes how egregious his conduct was, b/c as it turns out, it wasn’t his old law firm after all.

He WAS NOT receiving a retirement pension from his law firm. The SEC Ethics Chief informed him he was an ongoing profit-sharing partner w/ Simpson Thacher – WHILE being Director of Corporation Finance. He kept meeting w/ his partners on matters before the SEC. He was told to stop

Hinman was told by the SEC Ethics Chief that he was CRIMINALLY BARRED from having contact with his CURRENT PARTNERS at Simpson Thacher – while at the SEC. Yet, he ignored this stern warning and met with them THREE MORE TIMES AFTER BEING TOLD IT VIOLATED THE LAW.

Hinman met with the Ethereum co-founders and investors 4-6 times within 6 months leading up to his speech declaring #ETH not a security. Those #ETH investors were represented by Lowell Ness from Perkins Coie. Perkins Coie is also a member of the Enterprise Ethereum Alliance.

Perkins Coie Lawyer Lowell Ness sent Hinman a memo and proposed Safe Harbor. That Safe Harbor requested a digital asset be given a regulatory free pass from being a declared a security. You want to take one guess which token was the only token mentioned in the Safe Harbor?

That’s right: #ETH. I guess members take that exclusive promotion of the Ethereum blockchain pretty literal. After Hinman declared #ETH a non-security, take another wild guess where he was made a partner? That’s right: with those same investors who lobbied for the free pass.

In other words, this isn’t the typical revolving door at the SEC issue; and, this certainly isn’t some “he was just too cozy” with his former partners. Btw, we have seen all the SEC addresses and divisions that got a copy of the Draft Speech before Hinman gave it.

Want to take another guess at which division or department didn’t receive an advance copy? Right again!! The SEC Ethics office didn’t get a copy of the speech declaring #ETH not a security, before he gave it.

You and I both know that even the most basic conflicts screening would’ve discovered these massive conflicts of interest and gross appearances of impropriety and they would’ve informed Hinman that he could not give that speech himself.

If you truly believe in the honor of those great SEC employees and you believe in the integrity of the agency itself, as a former SEC chief, you should support an IG investigation. You certainly wouldn’t be trivializing the conduct as too much coziness.